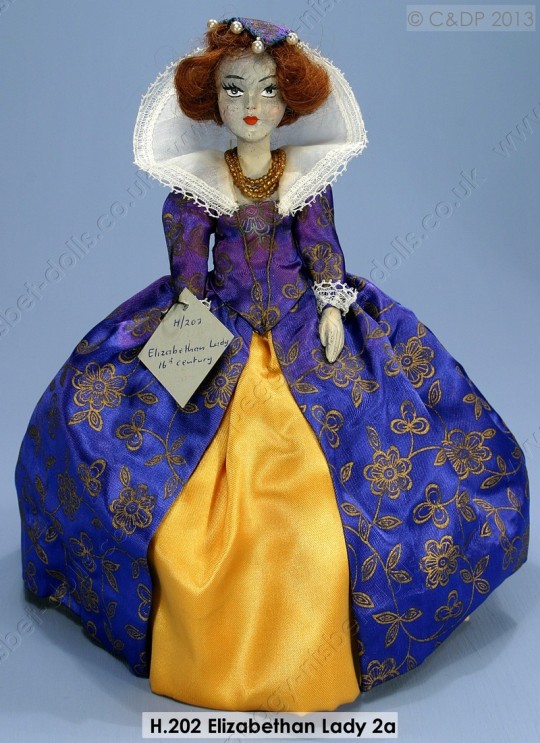 Despite the blue-grey skin colour, and the purplish discolouration of the bodice of the dress, this magnificent doll has a timeless beauty, and remains one of our favourites 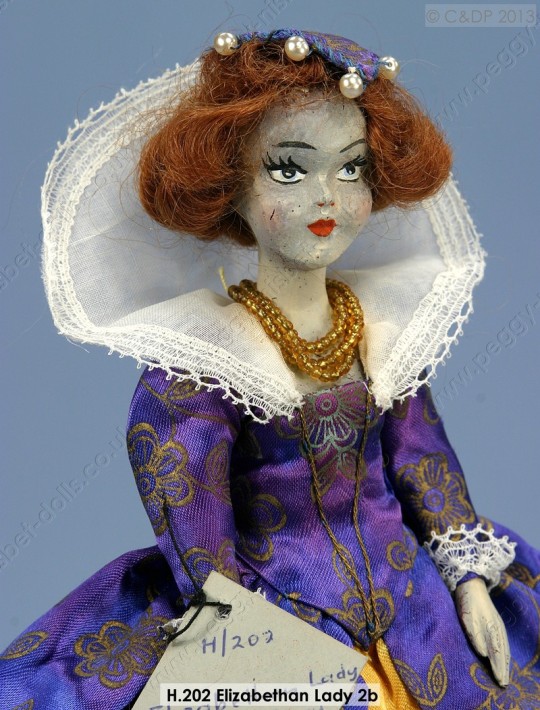 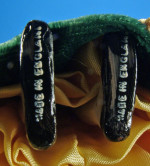 A further guide to the identityof a Tower Walk doll is that they often, (though not always), had "Made in Britain" stamped on the soles of their feet.   This is often more evident in the earlier Tower Walk dolls

In the 1950's resin technology was in its infancy.   Always an innovator, Peggy Nisbet decided to try out this new material for the production of the bodies for her "Tower Walk" dolls.

This process uses two liquid components, a resin, and a hardener, (sometimes referred to as an accelerant, curing agent, or catalyst), which was an acidic chemical.   The process worked in the following way :

An amount of resin was measured out, (either by volume or weight), and a smaller percentage of liquid hardener was then measured out, (according to a ratio decided by the manufacturer), and added to the mix, which was then stirred thoroughly.

The resin/hardener mix was then poured into a mould, and left to "cure".

Sometimes, the cure time could be reduced by putting the resin filled moulds into a hot oven, (but the fine details of Peggy Nisbet's production processes are unknown to us, so we don't know if she did this).

The resin process gave good results, but was not without its dangers - Too little hardener, and the mix might never set, (and poor or incomplete mixing gave the same result).   Too much hardener would result in a mix that cured, but this might happen so quickly that excessive heat could be generated, (an Exothermic reaction), which could cause the generation of smoke, poisonous fumes, or even a fire.

Because the ideal result demanded a precision in weighing and mixing of the two components, it was easy to get it wrong.

In Peggy's case, this resulted (occasionally) in a slightly acidic resin mix.   (Because the aim was to get the mix to cure, it was probably considered better to put in just a drop more hardener, to be sure of a full cure of the resin.   The effects of the chemical imbalance was not immediately obvious, but over time, the excess acid would leach out of the cured resin.

Because the base resin colour was grey, or blue-grey, the dolls had to be painted.   If there was excess acid in the resin, over time, the paint would discolour, and faces and hands on affected models ended up with a grey or blue-grey pallor, which is clearly evident on many of the early Tower Walk dolls shown on this website.

Worse still, the acid leaching from the resin bodies of the dolls caused the materials of the costumes to fade, discolour, or even to rot away, and the elastic bands holding the arms in place to quickly perish.   Despite producing some of what we consider to be her finest dolls using this process, Peggy, ever the perfectionist, abandoned two part resin mixes, in favour of Injection Moulded Hard Plastic doll bodies.